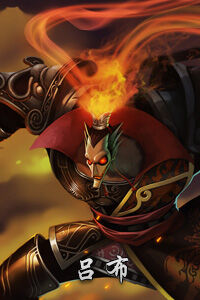 Based on a character from Romance of the Three Kingdoms.

Has some similarities with "Renekton" from League of Legends